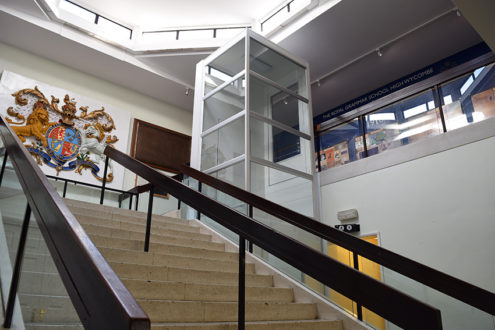 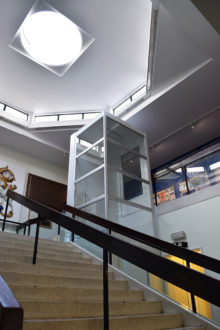 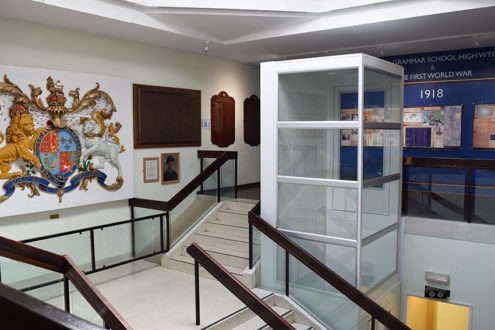 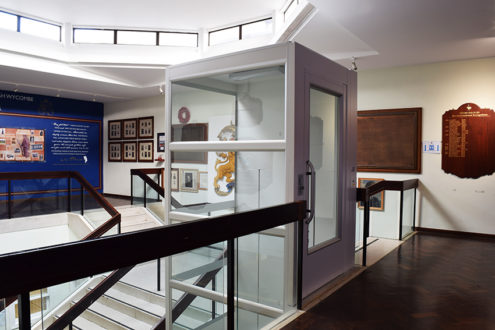 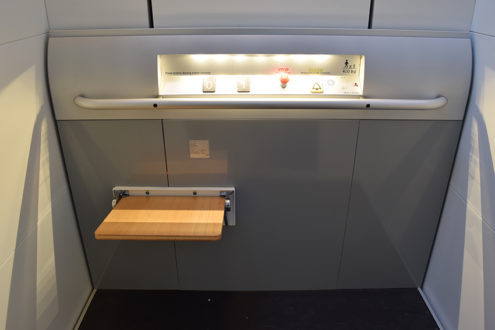 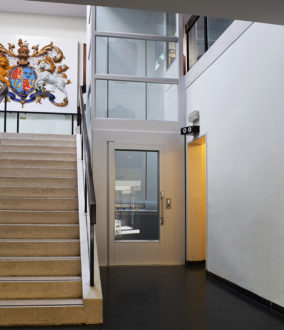 The Royal Grammar School (RGS) is a selective grammar school for boys aged 11-18 situated in High Wycombe, Buckinghamshire. One of the leading state selective schools in England, the RGS offers all-round education with a wide range of co-curricular experiences.

The school has a rich history dating back to the middle of the 16th century when it was founded out of the medieval Hospital of St John. It was rebuilt in the late 19th century and has since expanded into new buildings due to the ever increasing number of staff and pupils.

The Queen’s Building houses the Main hall and is divided into blocks such as the Music and Junior blocks. The building was opened by Queen Elizabeth II in 1962, hence its name.

The school had recognised that accessibility in The Queen’s Building could be improved. A sixth former recently had to start using a wheelchair after an accident, creating a more urgent requirement for access.

Being a building of importance, the RGS preferred an aesthetically pleasing lift which would complement its environment. The lift needed to fit in the limited space that was available and be reasonably priced.

After evaluating several tenders the RGS decided on Terry Lifts’ Concerto GS. “We liked Terry Lifts’ proposal in general and the lift seemed to be the right one for us”, said John Russell, Estates and Facilities Manager.

The Concerto GS is flexible and can easily be retro-fitted inside or outside of a building. In the RGS’ case, the indoor space next to the staircase in the Main hall was deemed as the most suitable location for the lift.

Building works for the Concerto GS are minimal as the lift is always delivered with a self-supporting shaft. It requires only a shallow 50 mm pit or can be supplied with a ramp. The RGS appointed a subcontractor recommended by Terry Lifts for the preparatory works.

“Our school is in use all the time and even during the holidays we have young children here. The preparatory works and the installation of the lift needed to be handled with a degree of empathy as we could not have drills running in the space all the time. Terry Lifts and their subcontractors were excellent and scheduled the work so as to cause minimum disruption to us”, Russell said.

The RGS are pleased with their lift which was installed on time and is now providing reliable service to the school’s staff, pupils and visitors alike. “The lift facilitates our compliance with the 2010 Equality Act. It is useful for anybody with mobility problems and also for carrying heavy and bulky items to the first floor”, Russell explains.

“The people who have used it have said it’s great and easy to use. We have been very pleased with the Concerto GS and would recommend Terry Lifts as a supplier to anybody requiring a reliable lift and service”, he concludes.